by Jonny Rashid, pastor of Circle of Hope in Fishtown

Advent gives us a chance to prepare every year for the birth of the savior, as we await the Lord to return. As we observe the people around us preparing for the holiday, I hope we are moved to prepare ourselves for the coming of the Lord.

For John the Baptist, the arrival of the Messiah was a joyous occasion for the downtrodden, but a genuine horror for those who couldn’t lay down their pattern. The coming of the Messiah is a deeply political event that challenges the empire and changes the whole world.

The political framing of the arrival of Jesus is undeniable in the text we read, let’s read it again:

In the fifteenth year of the reign of Emperor Tiberius, when Pontius Pilate was governor of Judea, and Herod was ruler of Galilee, and his brother Philip ruler of the region of Ituraea and Trachonitis, and Lysanias ruler of Abilene, during the high priesthood of Annas and Caiaphas,

The writer starts with the Emperor and moves to the Governor of Judea, Pilate, to the ruler of the town of Galilee, Herod, as well as Herod’s brothers and the other governors, and then moves to the Jewish leadership, the high priests, Annas and Caiaphas. So the writer is framing this very politically because he is about to supply something or someone to replace the political order. The writer goes on:

the word of God came to John son of Zechariah in the wilderness.

Amid this deeply political setting arrives the word of God to John the Baptist. And the word comes in the wilderness, not in the metropolis, but somewhere else. The location of this political activity and political order is different. It is in a marginalized area, away from political power, and it comes to prepare the way for a new one.

How does John the Baptist prepare the way? He calls people to a baptism of repentance for their sins to be forgiven. Repentance means turning away and doing something new. To actively wait for Jesus to return means that we change who are according to his way and his order.

John the Baptist quotes Isaiah, as he prepares the way for the Lord. The quotation comes from Second Isaiah, or Deutero-Isaiah, which is a section of Isaiah written after Judah falls, during exile. In that section of the book, the prophet is writing for a hopeful future of liberation. John the Baptist seizes that prophecy and names himself as the one making a way for the Lord.

The voice of one crying out in the wilderness:

‘Prepare the way of the Lord,

Every valley shall be filled,

and every mountain and hill shall be made low,

and the crooked shall be made straight,

and the rough ways made smooth;

and all flesh shall see the salvation of God.’”

How do we make a way? We repent, which makes our paths straight and direct. We fill valleys and lower hills – this explicitly has economic and political consequences. We smooth out what is rough, straighten out was is crooked. And through that, the world sees how God is saving the earth.

We do the work of God to prepare for the Kingdom to Come so that people can name Jesus as their Lord. Incredibly, it is not just forgiveness that saves these people, it is their repentance, the result of which is good fruit. The passage goes on and I am never satisfied, so allow me to go on as well.

John the Baptist is about to change their lives, so he’s leading the way. Jewish people approach him, and his rage is clear, he calls them a brood of vipers, which Jesus will later call them. See how angry John is, how unafraid he is, to tell the truth, unconcerned about the response of the people he’s preaching to. He wants to deliver the truth. Prophets can be like that, and so often they’re told they’re impolite or acting not in love. But these are ways to silence them and the power of their message. Listen to this:

John said to the crowds that came out to be baptized by him, “You brood of vipers! Who warned you to flee from the wrath to come? Bear fruits worthy of repentance. Do not begin to say to yourselves, ‘We have Abraham as our ancestor’; for I tell you, God is able from these stones to raise up children to Abraham. Even now the ax is lying at the root of the trees; every tree therefore that does not bear good fruit is cut down and thrown into the fire.”

He actually wonders who warned them to be saved! But the baptism alone doesn’t save them. Bear fruits worthy of repentance. Your heritage isn’t good enough. Where’s your family from? Unimportant, that’s what John the Baptist says. The heirs of the covenant? They can be raised just from stones, they aren’t important anymore. John goes on, if you don’t bear fruits of repentance. Outcomes of repentance, then you’ll be cut down and through into the fire.

John knows that to prepare the way for the Lord, we have to repent and show our work for it. Your prayers of salvation aren’t good enough. Even the demons believe that and shudder. We need to have tangible outcomes for our faith that showcase the repentance and forgiveness we’ve received. Of course, the crowds ask the same question we are asking. What should they do?

What does it mean to make the paths straight, the rough smooth, the valleys filled, the mountains lowered. John is very clear: redistribute your money, don’t use your power to collect more than you earn, receive a fair wage, don’t use violence to extort people for more.

John makes it clear that the way forward is economic redistribution and generosity. It is not then a surprise that this ethic, in some perverted form, makes its way into our current season. So much of the Christmas mythology is around philanthropy, generosity, and even redistribution. So the ethic stays with us even now.

We do this to make a way for the Lord, so that all flesh can see salvation. We do this work so that the world can know that Jesus is Lord. The work we are doing, and the pain it brings, is so the Gospel can be proclaimed, friends. We are preparing a way for the Lord to come. We are remembering when Jesus was first born, yes, but we are hopeful for what is next. We yearn for Jesus to come into the world again, and until then, we are collaborators with the spirit as we keep preparing a way for the Lord. Let’s make the paths straight, let’s fill valleys, lower hills, smooth out where we’re rough. 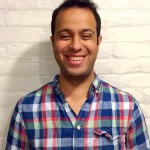